With all of the different awareness ribbons and events, fundraisers and 5k walks for different illnesses out there; not many want to talk about PTSD. During the month of June each year, time is set aside to remember the illness called “Post Traumatic Stress Disorder”.  It seems to be an awareness month that we don’t talk much about but it is a very real illness.  PTSD is a disorder which can occur when there is a failure to recover after experiencing or witnessing a shocking, scary, dangerous and/or terryifying event or events. According to the Mayo Clinic, there are more that 3 million cases each year in the United States.

This illness can last months or years, with certain words, ideas and even smells that trigger the memories of the trauma. Along with the memories that return, there are intense emotional and physical feelings and reactions in the body.  Some of the symptoms of PTSD might include things like depressed mood, anxiety, nightmares, flashbacks, heightened “fight or flight” response and avoidance of situations that bring back the trauma.  There is treatment for this illness which may include Psychotherapy, behavioral therapy and medication.

There is a natural “fight or flight” response in our bodies that is supposed to warn us when there is danger near or that something terrifying might happen.  It is normal to feel afraid during and after a traumatic event or situation occurs. This fear is something that brings about a chemical change in the body to protect us from whatever may be happening that is fearful.  It is the body’s way to help defend against or avoid danger or dangerous situations.  Most people recover quickly and naturally from the initial symptoms of a fearful experience.  There are those who continue to experience problems and feel stressed or frightened even when they aren’t in danger any longer.  These people are sometimes diagnosed with PTSD or Post Traumatic Stress Disorder.

Not everyone who experiences PTSD had been through something very dangerous, but instead may have experienced the loss of someone very close to them. The symptoms usually begin within 3 months of the traumatic event, but often can occur immediately.  These symptoms must last more than  one month  and be severe enough to interfere with working and personal relationships, to be considered true PTSD.  Some people can and will recover within 6 months, some have chronic symptoms.  A Doctor who has experience with mental illness, such as a PHD Psychologist, Psychotherapist or Psychiatrist is needed to diagnose PTSD properly.

One of the most common things that people experience with having PTSD is called “flashbacks”.  This happens when you relive the traumatic experience inside of your mind or body over and over.  There are physical symptoms like a fast or racing heart beat, sweating, bad dreams and invasive fearful thoughts.  People with PTSD also try to avoid smells, places and situations that remind them of the experience(s). An example might be a bad car accident; afterwards a person with PTSD might not want to drive a car or even be a passenger.  When you have this illness you are or can be easily startled, you may feel “on edge” and have insomnia or have trouble sleeping. When someone experiences these unpleasant feelings after a traumatic event for just a short time afterwards, it is called ASD, or Acute Stress Disorder.  When they last longer and affect a persons ability to function, it is then called PTSD.

If you would like to participate in the June PTSD awareness month events on Social media, you can visit http://www.ptsd.va.gov/about/ptsd-awareness/promo material awareness.asp.  You can also follow the National Center for PTSD on Facebook and Twitter.  Those links can be found at the bottom of the website at http://www.ptsd.va.gov.  No matter how much you think you know about PTSD, there is always more to learn and ongoing research, new treatments etc.  Please take action, help those who suffer and live with this illness by visiting:  www.ptsd.va.gov/public/wher0to-get-help.asp.  Spread awareness as often as you can, but especially during the month of June each year.  This is the month which is set aside for people to share information and make people more aware of this debilitating condition that I, and many others live with. Take the mystery out of this condition, learn about it, find out who is affected an how you can help. 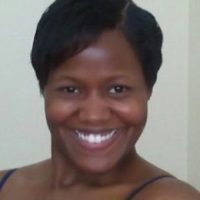 Freedom Of Speech
The Marshall Report

Daily adventures of living with a bunch of cats